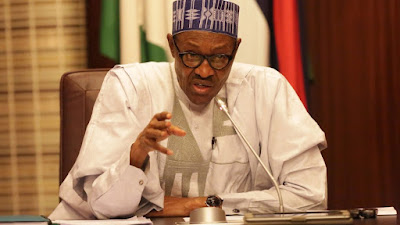 President Muhammadu Buhari says he is extremely saddened by the collapse of a building housing a school in Itafaaji area of Lagos, which left fatalities, particularly of small children.

The President via a press statement on Wednesday sympathised with the parents and relations of the deceased, wishing them God’s comfort.

He also wished the injured speedy and complete recovery.

He commiserated with the government and people of Lagos State and pledged assistance of the Federal Government as may be required by the state.

“It touches one to lose precious lives in any kind of mishap, particularly those so young and tender. May God grant everyone affected by this sad incident fortitude and succour,” the President said.

He charged the Lagos State government to do all that is needful, so that such tragic developments do not recur in future.

Governor Akinwunmi Ambode of Lagos State on Wednesday blamed the landlord of the collapsed building for the tragedy.

Mr Ambode, who visited the scene of the collapsed three-storeyed building on Mercy Street, Ita-Faji, Lagos, said many buildings were marked for demolition, but the landlords resisted the plan.

He expressed sadness over the incident, stressing that the marked building for demolition would be pulled down.

He said the collapsed building was a residential house with a school operating illegally.

The governor also said the state government would take care of the hospital bills of those injured in the incident.

Also, the General Manager of LASEMA, Adesina Tiamiyu said many persons had been rescued, while some deaths recorded.

“I can’t say how many persons rescued or dead. We met the local people in operation when we came in. Some had been rescued. The operation is still on,” he said.

NAN earlier reported that a teacher, trapped with about 15 pupils under the rubble, called to seek for help, while Julius Berger and other emergency services were on ground to assist in the rescue operation as at 2.48 p.m.
at March 13, 2019