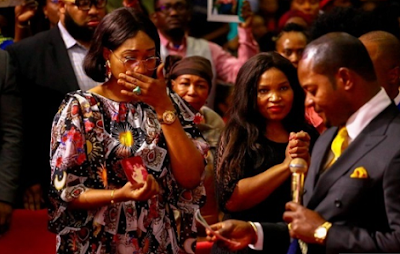 TV host, Bolanle Olukanni has defended Nollywood actress, Oge Okoye against her critics and those mocking her after she visited controversial Pastor Alph Lukau, who was recently busted for a fake resurrection miracle. Bolanle says, Oge is definitely going through a thing and people should respect that.

"All of you that are making fun of Oge Okoye , I pray you are never in a situation so dire or desperate and in your despair the world mocks you instead of empathize with you.

She is obviously going through something and yet everyone is on here shouting that she is acting. Bruv. Did you wake up today with your heart. Haba." she tweeted. 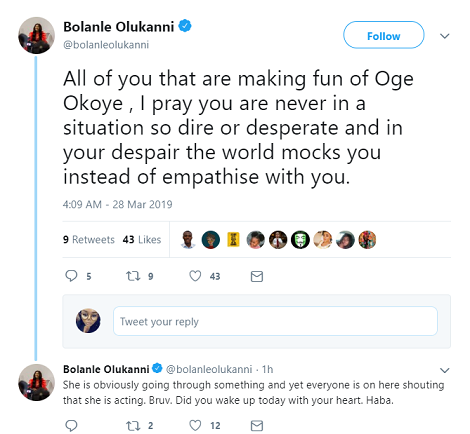