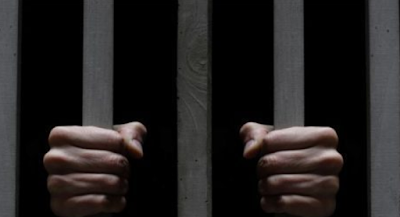 An Ilorin High Court presided over by Justice Durosinlohun Kawu, on Thursday, sentenced a 21-year-old man, Shefiu Abubakar, to 10 years’ imprisonment for killing his brother, Babuga Abubakar, with a piece of wood.

The incident happened in Dona Dogo in the Edu Local Government Area of Kwara State sometime in 2015.

Shefiu committed the crime on the suspicion that Babuga was having an affair with his wife.

The convict was said to have gone to his elder brother’s house after reporting at the police station that the deceased was dating his wife.


He was said to have called his brother out and hit him on the head with the wood and Babuga died on the spot.

The judge said the prosecutor had justified Section 221 of the Criminal Code by proving his case beyond every reasonable doubt and established the case of culpable homicide against the convict.

The convict’s counsel, Yusuf Gbajumo, submitted that Shefiu was the breadwinner of his family and urged the court to take this into consideration in its judgement.

Justice Kawu sentenced Abubakar to 10 years imprisonment with hard labour, adding that the four years already spent in prison should count as part of the jail term.
at March 28, 2019