Mel B Confesses She Had S-x With Geri Halliwell + The Full Transcript... 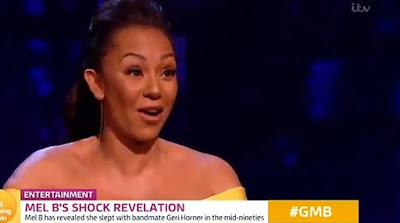 Piers Morgan has aired a clip of the bombshell moment Mel B confessed to having s-x with Geri Halliwell.

Spice Girl Mel, 43, made the shock confession during filming for Piers' Life Stories last week, and after the racy admission hit the headlines over the weekend, Piers shared a clip of the moment on Good Morning Britain on Monday.

Mel C was seen looking shocked in the audience as Mel confessed she had once bedded her bandmate.


Looking bashful, Mel at first tries to dodge the question, telling Piers: 'Yeah. We all slept in a bed together, but not like that, all of us.'

But Piers is relentless, probing: 'Did you sleep with Geri like that?' to which Mel smiles and nods as a shocked Piers checks, 'Yes? Really?'

'She's going to hate me for this because she's all posh in her country house with her husband,' adds Mel of Geri who is married to Formula 1 team boss Christian Horner.

The camera then cuts to Mel C, 45, with her mouth wide open, looking shocked by her bandmate's confession. Earlier Mel B had pleaded with her as the questions got awkward, calling out into the audience 'why can't you answer this for me?'

'I don't know anything, this is all new to me!' insists Mel C.

Back on the Good Morning Britain set, Piers' co-presenter Susannah Reid, pointed out: 'She couldn't help herself. She still could have said: "I'm not going to talk about it.'''

Piers confirmed that Mel quickly made a phone call to Geri after filming wrapped to explain the confession, with the TV host explaining:

'There was a lot of flurried activity after the recording. I said ''Where's Mel?" They said: "She's just making a call to try and smooth things over."'

PIERS: Yeah, but not with the same s-x.

MEL: Maybe with a lady that’s a friend. It just happens one time, you talk about it and it doesn’t really happen again.

PIERS: So just once?

PIERS: This is a Spice Girls bombshell. You have never admitted this before have you? People are going to be fascinated.

MEL: Yeah and I’ve said it now. All done. She’s going to kill me and so’s her husband. She’s not that posh now, is she?

PIERS: Shall we leave it there? Fascinating.

MEL: I love awkward. We can go on like this all night.

PIERS: Anything with Mel C?

MEL: Well, when I got my tongue pierced we all kissed. But that was just a kiss because I wanted to know what it felt like. It was just a silly kiss. Nothing sexual like that.

MEL: It was just that once.

PIERS: But we did not know about that one time. You just revealed it.

MEL: Yeah, all right. I’m an honest person. I didn’t put it in my book because that wasn’t what my book was about. It was brutally honest in a different way.

And hopefully when Geri gets asked that, which hopefully she will after this, she won’t deny it. Because it was just a fun thing.

PIERS: You gave me an honest answer and I applaud you for it.

PIERS: There were rumours you and Geri were more than just good friends. You had a little dabble?

MEL: She had great boobs.

PIERS: So you did?

Mel looks to Mel C in the audience for support who says: “I don’t know anything” to which Mel B replies: “Oh, whatever Mel.”

PIERS: Your book is called Brutally Honest and you are coming here to be brutally honest?Did you or didn’t you with Geri Halliwell?

MEL: Well, what do you consider as doing it or not?

PIERS: Did you sleep with her?

MEL: Yeah, we all slept in a bed together but not “like that” all of us.

MEL: She’s going to hate me for this because she’s all posh in her country house and her husband. But it’s a fact. It just happened and we just giggled at it and that was it.

PIERS: How many times a day?

MEL: Stop it, you pervert!

PIERS: Did it go on for a while? Were you in love?

MEL: We were best friends. It just happened. Have you ever done that? 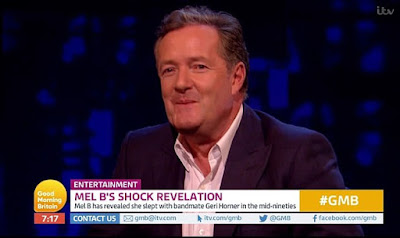 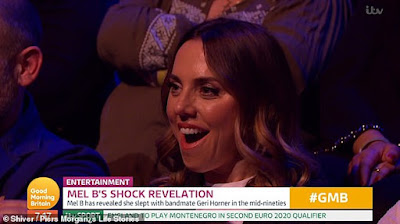 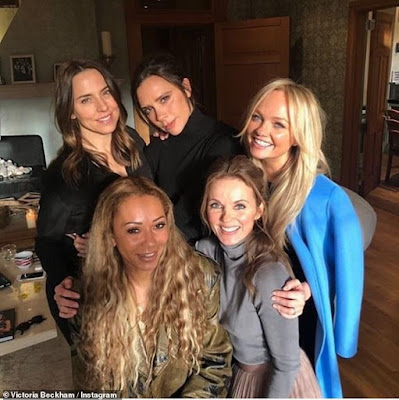 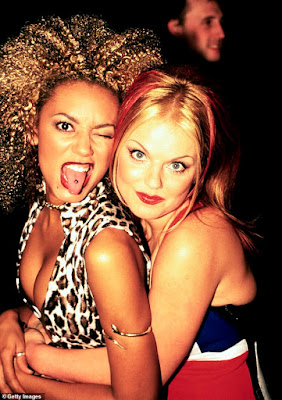