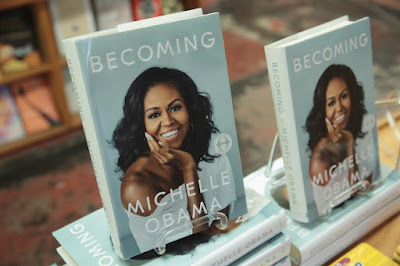 Michelle Obama’s having a banner year and her book “Becoming” is on track to become the best-selling memoir ever, her publisher Penguin Random House has announced.

Since its November release, the book has become a sensation. Mrs. Obama has been selling out stadiums as she talks about her life experiences and has sold nearly 10 million copies for the publishing company in print, digital, and audiobook copies globally.


“We believe this could be the most successful memoir in history,” said Bertelsmann Chief Executive Thomas Rabe.

In the book, Obama talks about life after before and after her time in The White House.

While the world knows Obama for her zeal and advocacy for public health, higher education, and women and girls empowerment initiatives during her tenure at The White House, her book shows the intimate and vulnerable sides of her.