Must Read! Father Who Impregnated Daughter Changes Plea To Not Guilty After Death Of Daughter & All Witnesses 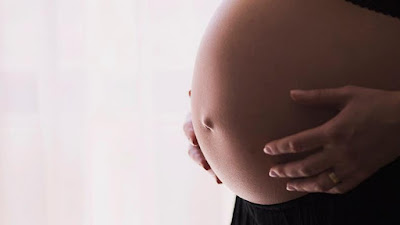 Omo fear people o! A 53-year old man, Jacob Alonge, who was accused of impregnating his his 17-year-old daughter on Wednesday pleaded not guilty to the amended charges brought against him.

Jacob had earlier pleaded guilty to the charges but changed his plea to not guilty on Jan. 23, after the death of all witnesses in the case including the victim and her unborn child.

All the witnesses, Gift Alonge, her Uncle Ukere Adagbogu, Rhoda Braimoh of Braveheart Initiative, a Non-Governmental Organisation (NGO) and Promise Ezekiel died in a road crash on Jan. 16, on their way to attend court sitting for the sentencing of Jacob.


In the three-count amended charge read at the Family Court, Oredo on Wednesday, Jacob was accused of being in possession ‘without lawful and reasonable excuse fetish wrap of his late daughter’s pubic hair at Okeh Quarter in Ososo village, Akoko-Edo Local Government Area of the State.

Jacob was accused of having unlawful and indecent carnal knowledge of his biological daughter against the order of nature and in the process impregnated her.

He was said to have repeatedly had carnal knowledge of his daughter without her consent. The offences are punishable under sections 213, 358 and 214 of the Criminal Code cap 48 Laws of the defunct Bendel of Nigeria, now applicable in Edo. Mrs G. Adekanbi of the Department of Public Prosecution, informed the court that the witnesses application would be uploaded.