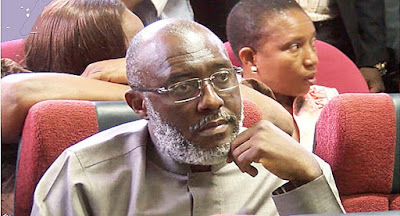 A former spokesman  for the Peoples Democratic Party, Olisa Metuh, has dropped   the  two Senior Advocates of Nigeria leading his defence in his N400m money laundering case before the Federal High Court in Abuja, hiring   another lawyer, Mr Abel Ozioko,  to take over from them.

Ozioko appeared in the case for the first time on Wednesday.

Metuh’s decision to stop Dr Onyechi Ikpeazu and Mr Emeka Etiaba  came barely 24 hours after they  filed an application for withdrawal as the defendant’s counsel.


But before the scheduled hearing, Metuh stopped them.

Ikpeazu and  Etiaba  had  led  his defence since January 2016 when the Economic and Financial Crimes Commission preferred the charges against him.

Metuh and his firm, Destra Investment Limited, are being prosecuted by the EFCC on money laundering charges involving allegations that they both fraudulently took the sum N400m from the Office of the National Security Adviser “when they reasonably ought to know” that the money was part of the proceeds of alleged criminal act of then NSA, Sambo Dasuki”.

Metuh  was also accused of transacting with a cash of $2m without going through a financial institution in violation of a provision of the Money Laundering (Prohibition) Act.

At  Wednesday’s proceedings, Ikpeazu informed the judge that his application seeking an order permitting him and his law firm to withdraw from the case had been overtaken by event following Metuh’s letter  stopping  his law firm.

Ikpeazu then sought to withdraw the application.
at March 14, 2019