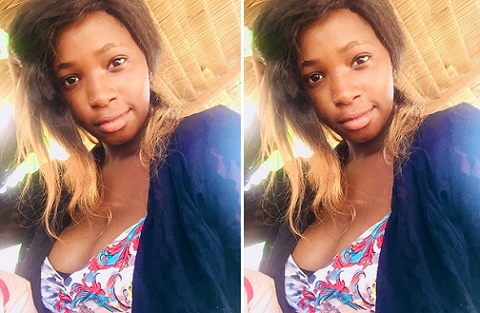 Lol. A Nigerian girl, who says she went on a 6-hour journey to meet a man she met online who hyped his d--k saying, it was everything, as come on twitter to reveal her disappointment. According to the lady, he lasted only 7 mins and that is quite disappointing.

But other men responded to her saying, they mostly last 3 mins, while another even said, a professional boxing round is just 4 mins and another ordered her to give the man in question her next salary because indeed he was a prof! He broke a record by being on for 7 mins! 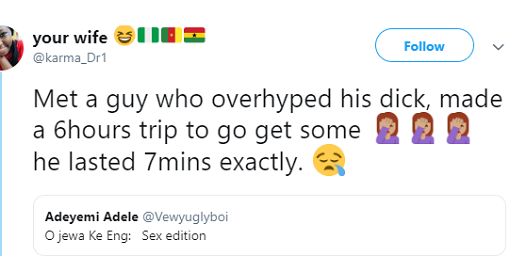 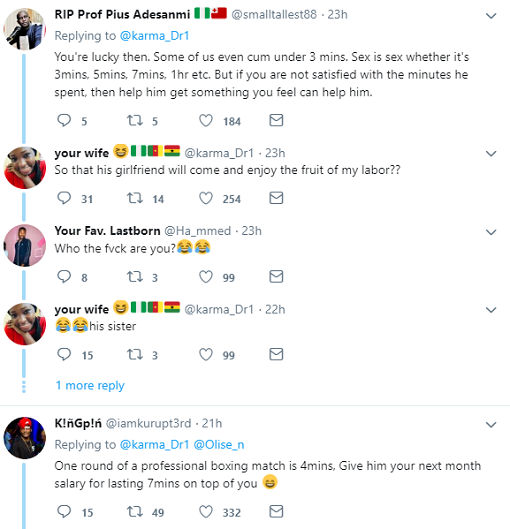