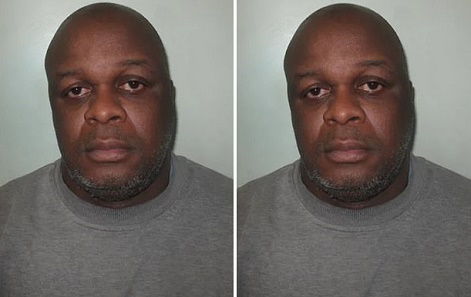 A 'dangerous and manipulative' convicted paedophile who had more than 1,400 conversations with 500 underage girls he tried to groom online and by phone has been jailed for a further two years.

Taiwo Benson pleaded guilty to eleven further s-x crimes, including four counts of penetrative activity with a girl under 16, which were brought to light as part of a two year police investigation.

Benson, 46, is already serving a nine-year prison sentence at HMP Littlehey for similar offences against four underage victims aged between 13 and 15. He was sentenced in April 2016.


But following his imprisonment, Scotland Yard found two phones belonging to him which revealed 1,435 conversations with other potential victims across various social media sites.

He was sentenced at Kingston Crown Court on Friday after pleading guilty on 23 November 2018 to:

• one count of causing a child aged 13 to 15 to watch an image of sexual activity,

• two counts of an adult meeting a girl under 16 following sexual grooming,

• four counts of engaging in penetrative sexual activity with a girl aged 13 to 15,

• and one count of offender 18 or over engaging in penetrative sexual activity with a girl aged 13 to 15.


The disgusting array of crimes took place over the course of 2015, against nine victims.