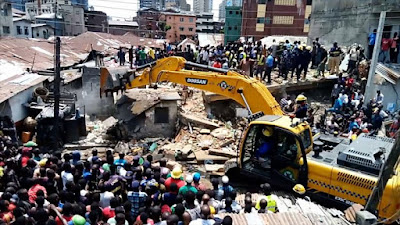 Lekan Shodeinde, the general manager of the agency, said in a statement that a three-floor structure was marked as distressed and was undergoing demolition as at press time.

The statement comes on the backdrop of a rumored collapse at Egerton Street, Oke-Arin, Lagos Island.