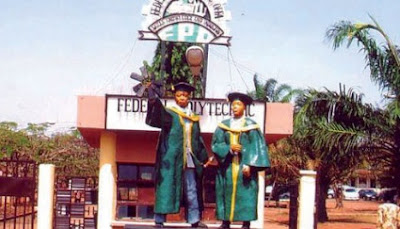 The management and students of the Federal Polytechnic, Offa in Kwara State are in shock over the reported case of suicide by a student of the institution.

Ajiboye, who was the son of a traditional title holder in Iragbiji in the Boripe Local Government Area of Osun State, decided to end his life after he was allegedly embarrassed by one of his lecturers, who gave him some handouts to sell to his course mates.


The Public Relations Officer, Students Union Government of the polytechnic, Olayinka Owolabi, when contacted by our correspondent on the telephone on Saturday, confirmed the incident but said nobody knew why the deceased killed himself.

He said, “Some of his neighbours heard his cry and rushed to his room where they met him gasping for air. He was taken to hospital but he eventually died.

“They said he took poisonous substance but we do not know what he took and nobody can say why he took the substance.”

He said the remains of the student had since been buried at his hometown, stating that his parents said they were not interested in investigating the circumstances that surrounded his death.

Fasasi was also said to have drunk a popular insecticide, sniper, but she was rescued and revived at a hospital.

She was said to have been taken to hospital where she was treated and was discharged on Saturday.

A student of the school told our correspondent that Maryam misplaced N45,000 which was the proceeds from handouts given to her to sell by one of her lecturers and she attempted to kill herself because of this.

He said nobody knew why he decided to take his life while stating that the deceased was a brilliant student as shown by his academic records.

He, however, said the management was not aware of the case of attempted suicide.