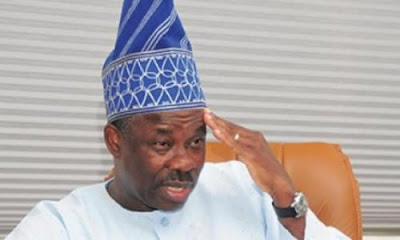 The party alleged that Amosun was planning to obtain loans and overdrafts  two months to the end of his tenure.

Amosun will be finishing his second term on May 29, 2019 after spending eight years as governor of the state.


The APC warned banks and financial institutions not to succumb to alleged threats and pressures from Amosun to obtain loans.

The APC stated this in a press statement issued in Abeokuta and signed by its publicity secretary, Tunde Oladunjoye.

The party warned that any institution that granted such requests “does so at its own risk.”