Our Deputy Gov Candidate Resigned Under Duress And After Inducement By Wike, AAC Says 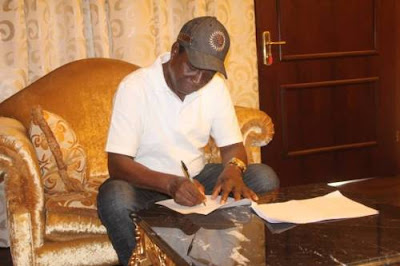 The African Action Congress (AAC) says Akpo Bomba Yeeh, its governorship running mate in Rivers State who resigned on Monday, took the decision after he was kidnapped by agents of Governor Nyesom Wike.

Yeeh had announced his resignation from the AAC and consequent defection to the Peoples Democratic Party (PDP), citing the "complete hijack of the structure and administration of our Party by a faction of the APC in Rivers State led by the Minister of Transportation, Chibuike Rotimi Amaechi, for his personal political ambition".


He added that he was forced to "sign an undated letter of resignation as the Deputy Governor of Rivers State to pave way for Rotimi Amaechi to nominate another person of his choice as Deputy Governor".

However, AAC has countered those claims, saying instead that Yeeh was kidnapped, bribed with N200million and a Sports Utiity vehicle (SUV) and promised a role in Wike’s next cabinet.