Over 100 Lawyers To Challenge Ganduje’s Victory 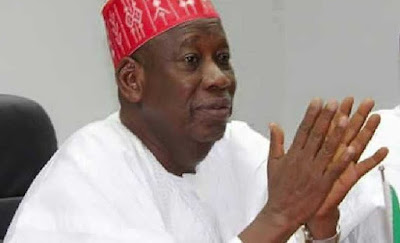 Over 100 lawyers have vowed to voluntarily stand for the governorship candidate of the Peoples Democratic Party, PDP, in Kano State, Engr Abba Kabir Yusuf, to challenge the victory of the incumbent governor of the state, Abdullahi Umar Ganduje, in court.

Umar said thuggery, vote-buying, lost of lives and other election misconducts were witnessed in almost all the polling units where the re-run was conducted.


He explained that over 100 lawyers voluntarily dedicated themselves to challenge the All Progressives Congress governorship candidate and the Independent National Electoral Commission INEC for what they described as stolen mandate and abuse of democracy.

He noted that they have all the necessary evidences to support their case to ensure that court nullify the re-run election and mandate INEC to declare Engr Abba Kabir Yusuf the winner.
at March 27, 2019