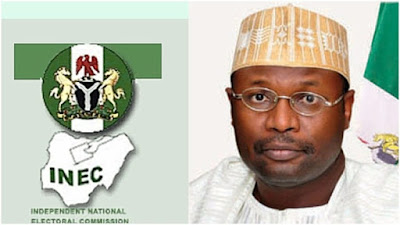 The Independent National Electoral Commission on Monday continued its declaration of results of the governorship and state Houses of Assembly elections conducted across the country on Saturday.

But for the first time since 1999 that the nation embraced democracy, INEC declared governorship poll in six states inconclusive. The states affected are Kano, Sokoto, Benue, Bauchi, Adamawa and Plateau.


Consequently, the PDP has accused the INEC Chairman, Prof. Mahmood Yakubu, of allegedly playing the script of the ruling All Progressives Congress by declaring governorship elections in these states inconclusive.

It claimed that the commission carried out the action in states where it (the PDP) was in clear lead.

The former ruling party insisted that INEC had become overtly partisan, surrendered its independence to the APC and carried on as “a compromised umpire with obnoxious impunity, thereby sending signals of being heavily bribed by the APC to alter results for its candidates.”

The National Publicity Secretary of the PDP, Mr Kola Ologbondiyan, who spoke at a press briefing in Abuja on Monday, insisted that the party was in possession of intelligence reports that INEC was being remotely controlled by the Presidency.

He said this was why the commission had refused to declare the full outcome of the governorship elections in some states.

He said, “The PDP has full intelligence of how INEC is acting on instructions from the Buhari Presidency and the APC in orchestrating unwholesome situations and declaring already concluded governorship elections in Sokoto, Adamawa, Bauchi, Plateau as well as other states as inconclusive, immediately it became obvious that the PDP was set to win.