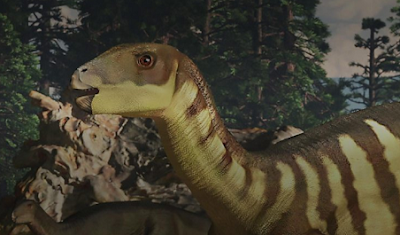 Scientists have identified a new dinosaur in south-eastern Australia. It’s thought that the Galleonosaurus dorisae was alive 125 million years ago and would have been roughly the same height as a wallaby.

It was given its name because its jaw resembles an upturned galleon ship. Based on its teeth, Galleonsaurus would have been a herbivore and belonged to the ornithopod family. Happy discovery!