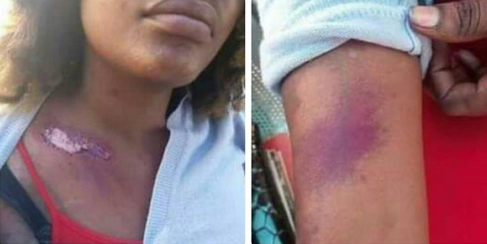 Tahhhhh! What is this? A young lady has accused a BUS DRIVER for allegedly assaulting her after she refused to date him. According to the news, the driver asked her out, but she said no, and he said he wasn’t ready to take a no for an answer, and assaulted her!

The young lady has now notified the Due Process Advocates (DPA) who promised to take up the matter. Above and below are photos from the alleged assault. Below is also what was shared online.

''The case of the lady who refused to date a bus driver, was actually beaten by the man. Investigation shows the incident happened. The man was annoyed that she said no. He said that he would not take no for an answer. DPA has a serious concern here. Why should a woman fear that if she refuses to sleep with a man, he could beat her up, which is an alternative way to rape her? So, we are taking this very seriously.'' 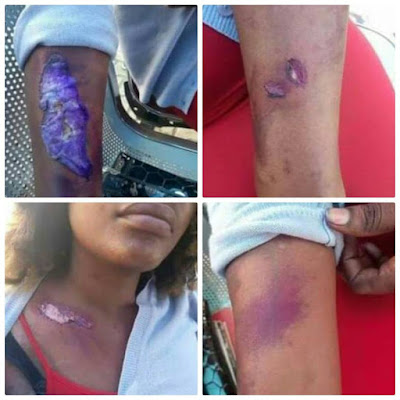