Photos: Man Who Drinks His Own Urine Recommends It For Everyone 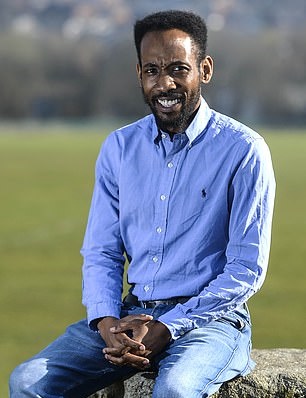 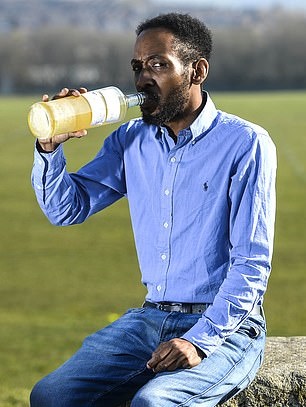 Issa yummy thing! A man has revealed he feels better than ever after he started drinking more than a pint of his own urine every morning - and claims it tastes like bitter ale.

The interior designer starts every day with a pint of fresh urine, chased down with 300-400ml of aged pee, and claims the unusual thirst quencher has left him feeling healthier, happier and smarter.

He explained: 'I'd been researching alternative medicines when I read about drinking aged urine. I've always been open-minded about that sort of thing, so I decided to give it a go and drink it fresh.

'It tasted a bit like a bitter ale initially, it was quite strong but not a terrible taste and I had no problem finishing the glass.

'It was about half an hour later that I started to feel amazing, I was absolutely bursting with energy. Now I'd never go a day without it and would recommend it to anyone.'

Fabian first started researching alternative medicines and holistic therapies in 2013, when he kept experiencing pains in his stomach which doctors couldn't get to the bottom of.

He said: 'I was travelling a lot for work and eating junk food - Burger King, McDonald's, anything convenient.

'I was getting a lot of pain in my stomach and scans couldn't find an ulcer or anything that could explain it, so I started looking online more and more.
at March 04, 2019