Newly engaged lovebirds Jennifer Lopez and Alex Rodriguez continued to enjoy their
Bahamas vacation on Monday despite the cheating rumors swirling about their relationship.

Lopez, 49, showed off her incredible beach body in a ruffle detail blue bikini and flaunted her new 15-carat emerald-cut ring.

The couple reclined on some beach loungers on the sand at Baker's Bay where they've been staying since last week.

The Second Act star donned mirrored aviators and large hoop earrings with her golden brown locks pinned up in a bun.


A-Rod sported some black shorts and reflective sunglasses as he soaked up the sun.

The lazy beach day came as former baseball star Jose Canseco claimed A-Rod has been cheating on J.Lo with Canseco's ex-wife Jessica who he divorced in 1999.

Canseco began tweeting about the alleged affair while 'watching World of Dance', an NBC reality show in which Lopez is a judge.

Canseco tweeted the cheating allegations on Sunday, writing, 'Watching J.Lo text Alex Rodriguez, little does she know that he is cheating on her with my ex-wife Jessica.

'Poor girl, she has no idea who he really is.'

Canseco then said he was 'there a few months back with her when he called her on her phone', seemingly referring to Rodriguez and Jessica.

'Alex Rodriguez stop being a piece of s**t stop cheating on Jennifer Lopez,' he added, before challenging him to a 'boxing match or an MMA match anytime you want'.

But Lopez looked content on Monday, two days after the couple announced their engagement to the world. 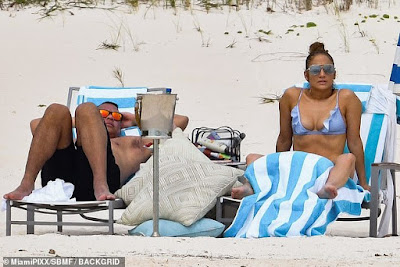 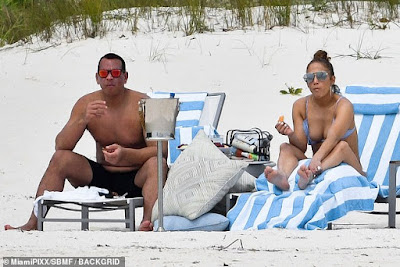 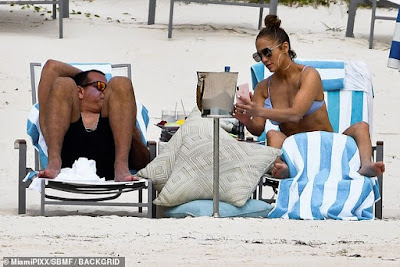 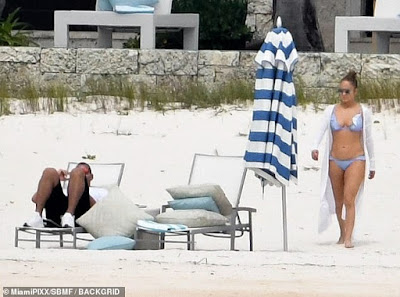 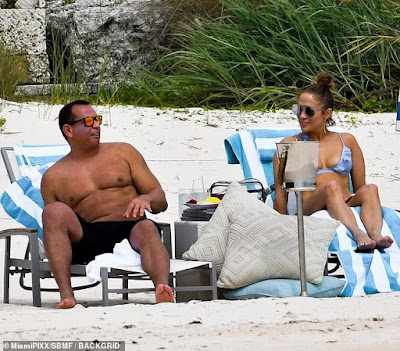 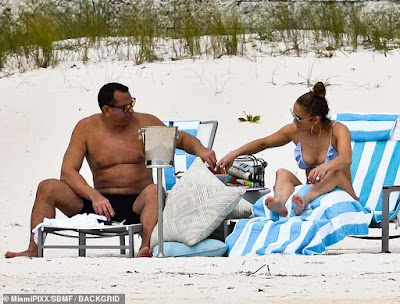 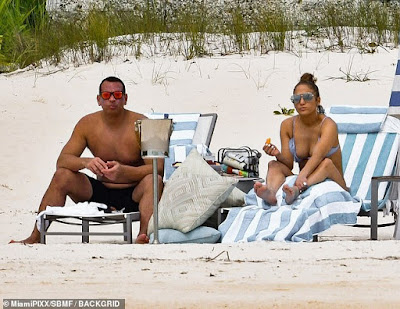 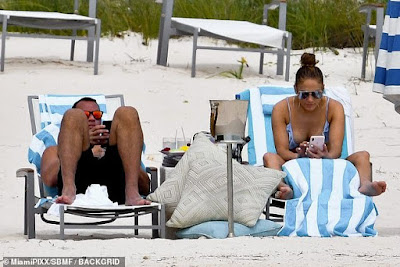