Photos: Thief Caught Burgling A House Begs For His Life As They Beat Him Black & Blue 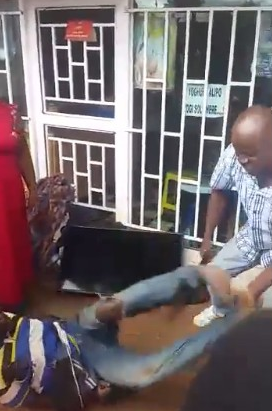 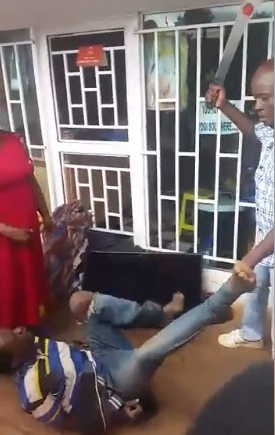 A Facebook user, John Iloka has shared photos of a thief who was caught in his area. The thief is alleged to have stolen Plasma Tv and other items from a particular house and was nabbed while trying to escape.

According to Iloka, one of the residents brought out a cutlass which was used to beat the thief NOT CUT as others encouraged him to beat him more to discourage others from carrying out such a plan.

It was not revealed if he was later handed over to the police, but he was said to be unable to move his body after the severe beating.