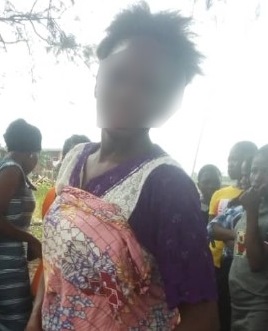 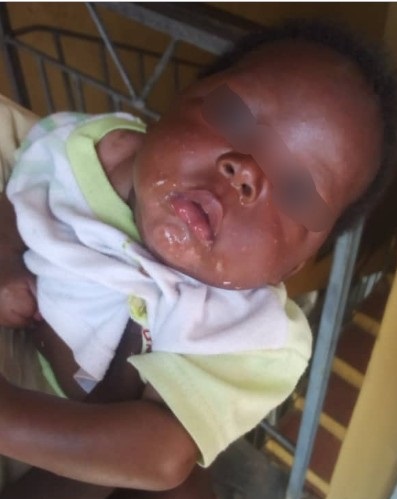 She was alledgedly seen by residents of the area and when confronted, she denied it, saying she was coming from Omi (another area in Ibadan) in search of her aunt, Mummy Adija who lives at Aba Eleshin in order to deliver a letter which she claimed that its content was to provide a solution to the disagreement between she and her husband.

More residents then confirmed she tried to place her bbay by a lfence when she was caught. She was then taking to Kuola Police station for proper investigation.
at March 22, 2019