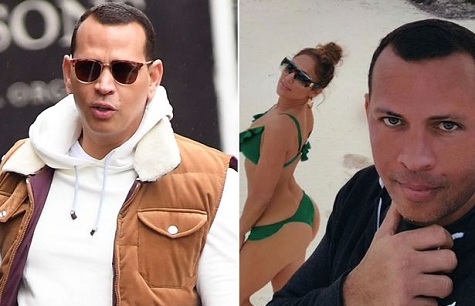 Playmate Zoe alleges that the baseball star sent her a string of lewd requests and flooded her inbox with compliments about her curvaceous 36DD figure.

She also claims he requested some sexy videos from her after they reportedly began speaking on Boxing day last year.

The London born model, who now lives in Los Angeles, says that the racy messages continued up until weeks before Alex popped the question to his girlfriend Jennifer during a romantic trip to the Bahamas with a £3.5million diamond ring.


Zoe told The Sun: J-Lo is amazing and she doesn’t deserve this. While getting ready to marry her, he was asking me for s-x videos, demanding we hook up and asking me to make arrangements with other girls.

"If he is doing this right up until the point he is proposing to her it is just not fair," she added.

Revealing messages Zoe claims came from Alex, the sportstar appears to try and arrange a hook-up with her and a female friend.

"She hot? Fun? How many times have you been with her?" one allegedly reads, with another saying: "You owe me two things; 1. Your old naughty vidoes 2. Dates you can fly out (Maybe next week to SF)."

Zoe also claims A-Rod sent her a picture showing off his p-nis and thigh.