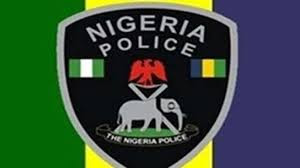 The Zamfara State Police Command, has confirmed that the missing expatriate, Jeng Sunail, a medical doctor, might have been abducted by bandits.

In a press statement signed by the Command’s Public Relations Officer (PPRO) Mohammed Shehu, the police said Mr Sunail was reported missing at the Tsafe Divisional Police office by one of his colleagues, Dr. Li Dong.

“On March 26, Dr. Li Dong reported to the police that his colleague, Dr. Jang Sunail, was missing from his apartment which he shares with three other colleagues from the hospital,’’ Mr Shehu, a superintendent of police, said.


He said the Commissioner of Police in the state, Celestine Okoye, had dispatched officers from the Criminal Investigation and Intelligence Department (CIID) State Intelligence Bureau (SIB) and Anti Kidnapping Squad team to commence investigation and a search and rescue operation.

An eye witness in Tsafe town Mustapha Magazu, told journalists that bandits invaded the town at around 9:00 p.m. on Monday and went straight to Mr Sunail’s room and took him away.