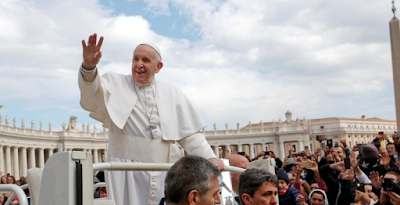 Pope Francis on Friday enacted sweeping new legislation to protect children from sexual abuse within the Vatican and other Holy See institutions in Rome as well as by its diplomatic corps worldwide.

Previously, the abuse of minors and vulnerable people came under various legal provisions, some of them instituted on an ad hoc basis.

The new provisions mark the first time a unified and rigorous policy for the protection of children, which the Vatican has been demanding from local churches, has been compiled for the headquarters of the Roman Catholic Church.


The changes were issued under the form of an Apostolic Letter, a 12-article law, and a set of detailed guidelines affecting personnel in the Vatican and its related institutions such as pontifical institutes and embassies.

While there are few minors who live inside the Vatican, such as children of security officials, there is a “pre-seminary” on Vatican grounds that houses altar servers, and many children visit Vatican institutions such as the museums every day.

The “pre-seminary,” from where some of the teenage boys who study there have gone on to become priests, was hit by a sexual abuse scandal in 2017. It involved one boy alleging that he had been abused by another minor. He said it was made possible by inadequate supervision on the part of adult priests.

The pre-seminary was mentioned specifically in one of the articles of the new legislation.

The over-arching law, which the Vatican first promised to the United Nations Committee on the Rights of the Child in 2013, goes into effect on June 1.