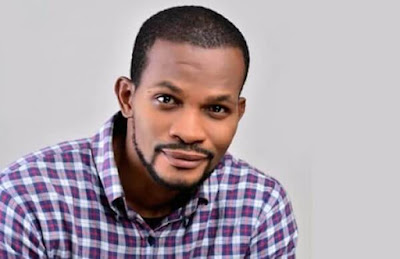 This might sound like a plot from a Nigerian movie scene but it is not. According to Nollywood actor, Uche Maduagwu, actresses, especially the popular ones, are now using some of their colleagues’ pants for ritual purposes.

“It is very true that actresses steal their colleagues’ pants for ritual purposes. I am still in shock right now. I knew about this trend when I was somewhere with some actresses and they were talking about it bitterly.

I thought they were joking till other actresses, who later joined us, also started talking about it and I found out that it began to happen recently. I was surprised.


“The people I spoke to told me that it was just a new thing that started happening and that most actresses were not talking about it so it would not appear as if they were trying to rubbish the industry, but this thing is now becoming rampant.

“They further told me that it was not only upcoming actresses that were doing this but some popular actresses also indulged in this act. Most of these popular actresses are dating all these big ‘yahoo boys’ and they give the pants to their partners. When I heard this, I was shocked, especially as no one is talking about it,” he said.

Shedding more light on how the actresses have allegedly been going about it, the actor said, “The way they do it is that when an upcoming actress meets a popular actress, definitely she would be happy and joyous. When the popular actresses see the excitement in the eyes of these upcoming ones, they take them under their wings, most likely as a personal assistant or ‘younger sister’.

“From there, the upcoming actress would start spending nights in the house of the popular actress and before she knows what is happening, their pants get stolen. I learnt that this is the new tactic of the ‘yahoo boys’ and that is why some of them prefer dating popular actresses because they would be moving with upcoming actresses.

“It is a problem. It is not restricted to popular actresses alone, even the upcoming actresses do this because everyone wants to ‘blow’ (have instant wealth). I learnt that they take the pants to somewhere in Ibadan (in Oyo State) and shortly after, the popular actress would ‘blow’ because they would be getting more money after the rituals.”

He further told Saturday Beats that some brazen actresses would use the pants themselves or only give the ‘yahoo boys’ out of the ones they had stolen.

“However, it is a two-way thing; the brazen actresses could steal three pants and give two of them to their ‘yahoo boyfriends’, while the lily-livered ones would give all the pants to their boyfriends. I was shocked to learn about this but I was told that the story is only within the circle of actresses in Nollywood and it is really going on now,” he said.