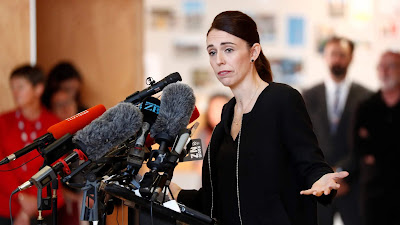 "On 15 March our history changed forever. Now our laws will too. We are announcing action today on behalf of all New Zealanders to strengthen our gun laws and make our country a safer place," Ardern said at a press conference in the New Zealand capital, Wellington.

The announcement came after the country's cabinet agreed to overhaul the law and ban military-style semi-automatics and assault rifles 72 hours after the Christchurch attacks.


"Every semi-automatic weapon used in the terror attack on Friday will be banned," Ardern continued, adding that she hoped the law would be in place by April 11. "This legislation will be drafted and introduced in urgency."

Later on Thursday, New Zealand Police announced all 50 bodies from the shootings had been identified. "This means that all victims are now able to be released to their families," Police Commissioner Mike Bush said in a statement.

Arden said a "nationwide reflection" for the dead would be held on Friday -- one week after the attack.
at March 21, 2019