R. Kelly Begs Judge To Let Him Travel To Dubai To Perform Concerts 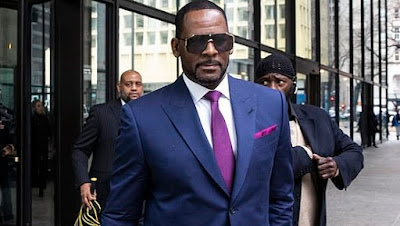 Cash-strapped R. Kelly has asked a judge to let him travel to the Middle East to perform several concerts, having struggled to work in the U.S since his February arrest on sex abuse charges.

According to a Wednesday court filing, the R&B singer - real name Robert Sylvester Kelly - hopes to do up to five concerts next month in Dubai.

The motion filed in Cook County Circuit Court does not specify venues or how much Kelly could earn from the concerts, but contends they were arranged prior to Kelly's arrest.


Kelly is scrambling to pay child support, legal fees and everyday expenses because of the cancellation of Illinois concerts and a record contract, as well as the removal of his songs from streaming services, according to the five-page court document said.

'He cannot work, and consequently cannot make a living if he is confined to Illinois, or even the United States,' it reads.

A judge could rule on the travel request at a Friday pretrial hearing.