R. Kelly Claims Ex-Wife Cut Him Off From Kids, So He Cut Off Child Support 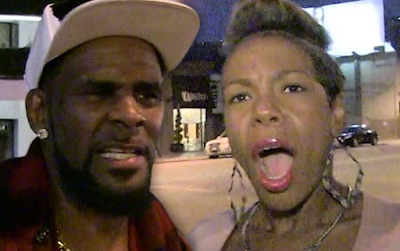 R. Kelly is rationalizing his decision to stop paying child support -- claiming his ex-wife set the ball in motion by turning their children against him.

Sources close to R. Kelly tell TMZ the singer was absolutely lashing out at Drea Kelly when he quit writing child support checks ... a move that ultimately landed him in Cook County jail.

They are told Kelly feels like he tried to maintain a relationship with his 3 kids, but he blames Drea for ruining any chance of that. He's said he thinks she brainwashed them.

Of course, Kelly's revenge move is incredibly warped logic -- punishing your ex by cutting off the money needed to help your kids!