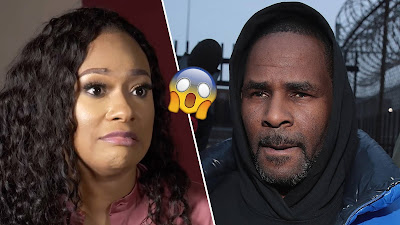 Days after an unidentified supporter made a payment of $161,000 in back child support on behalf of R. Kelly, new allegations surrounding the embattled singer continue to emerge.

During an interview with Vlad TV, the R&B singer's former girlfriend, Lisa Van Allen, spoke about how Kelly allegedly confided in her about his past s-xual experiences, as well as discussed his highly publicized connection to Aaliyah.

However, according to Van Allen, Kelly also allegedly engaged in s-xual intercourse with Aaliyah's mother while the aspiring singer was asleep in the other room. Her comments signify yet another disturbing allegation to surface following the continued investigation into the singer's criminal behavior.


"He actually stayed at their home in Detroit," Van Allen told DJ Vlad, referencing Aaliyah's parents' home. "And [Aaliyah's] mother was sexually attracted to him as well and [R. Kelly] said when Aaliyah would go to sleep, that he would go in the living room and him and her would do s-xual acts on the couch while Aaliyah was sleeping in the bedroom."

Elsewhere throughout the sit-down, Van Allen discusses the decades-old rumor that the late singer and Kelly had gotten married due to Aaliyah becoming pregnant when she was only 15 years old, resulting in the decision to forge a marriage license that changed her age to 18. Their secret and illegal marriage was reportedly ended in 1995.

Per Van Allen, the rumor Kelly got Aaliyah pregnant is indeed fact, adding a speculative explanation as to why Aaliyah's family has vocally supported the since-disgraced singer over the years.
"The reason [Kelly and Aaliyah] got married was because they felt like if he was married to her and if he said he thought she was 18, that he wouldn't be charged if someone found out she was pregnant until they were able to get the abortion and get [the marriage] annulled," Van Allen shared with DJ Vlad.

Van Allen and Kelly were romantically linked while the former was only 17 years old. She claims their own past s-xual abuse as children helped bring them close together.