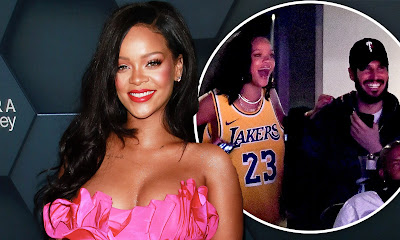 She was first spotted with her billionaire boyfriend Hassan Jameel in June 2017.  And Rihanna is fueling speculation that there may be an engagement and baby on the way soon.

Fans were quick to notice on Monday that the 31-year-old beauty had 'liked' a video on Instagram that spoke about her future with her man.

'I see an engagement and I also see a baby probably,' predicted E! personality Morgan Stewart in the clip.

She added: 'Not yet, 'cause she still wants to smoke a cigarette once in a while, but I definitely see an engagement and then baby in like, two years.'


And it wasn't long until Rihanna's fans swarmed the comments section with posts such as: 'she liked, the baby is coming.'

And the news continued to spread over on Twitter as well.

'Rihanna liked that video of Morgan talking about her lmfaoo does that mean an engagement and a baby is coming soon?'

While the Umbrella singer hasn't made any further comments after liking the post, the pair looked smitten when they supported the Laker's in a game last month. 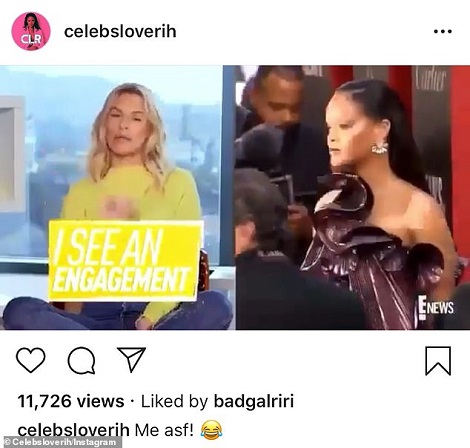