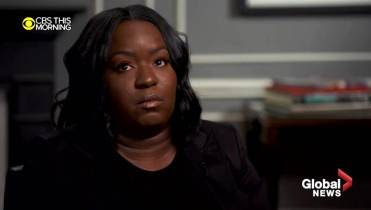 R. Kelly was a s-xual deviant who wouldn't take no for an answer ... so claims his former hairdresser who spoke publicly for the first time about the alleged s-xual assault.

Lanita Carter -- a woman ID'd as "L.C." in the 10-count indictment against Kelly -- says he pounced on her after she denied his request for a head massage. Lanita described the alleged attack, from February 18, 2003, telling "CBS This Morning" the singer was undeterred when she told him she doesn't do massages.

She said, "He pulled my braid down by him. And he say, 'Suck it for daddy, suck it for daddy.' And I said, 'No.'" Lanita claims Kelly then began spitting, several times.


After the incident, she says she immediately went to police ... and claims officers found semen on her shirt. Although no charges were filed, she ultimately settled a lawsuit against him for $650k.

She claims she got another $100k from Kelly when he released a 2009 track about having s-x with a woman who braids his hair.

Of course, Kelly vehemently denied the allegations in the indictment during his interview with Gayle King. You'll recall, he got up and started shouting, "I'm fighting for my f***ing life!"