Rochas Okorocha Reacts To His Suspension By APC 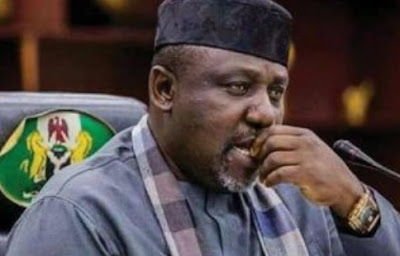 Governor Rochas Okorocha, in reacting to his suspension by the All Progressives Congress, APC, has accused Chairman of the party Adams Oshiomhole of working to destroy the party.

In a statement signed by his Chief Press Secretary, Sam Onwuemeodo, Okorocha said: “Adams Oshiomhole was determined right from the outset to destroy APC in the South-East and unknown to party Chieftains from the zone who had genuinely supported his chairmanship.

“He is playing the politics of 2023 in 2019 and in playing it, he has thrown caution to the wind. In all the South-East states there are crises and all arising from the fraudulent manner he conducted the primaries.


“In 2015, Governor Okorocha had joined the merger that gave birth to APC at the risk of his second tenure and was called all sorts of unprintable names. Yet, he won the governorship election, delivered 24 out of the 27 members of the House of Assembly for APC, two House of Representatives members and one Senator.

“In 2019, Oshiomhole felt that such a man should be treated with disdain. He handed over the governorship ticket of the Party to Hope Uzodinma who has never resigned his membership of the PDP on the floor of the Senate like others did and giving all kinds of flimsy excuses.”

Okorocha said that if Oshiomhole had meant well for APC and Imo people in particular, he wouldn’t had given the ticket of the Party to a man facing five corruption charges and having travel ban slammed on him, to be the party’s candidate.
at March 02, 2019