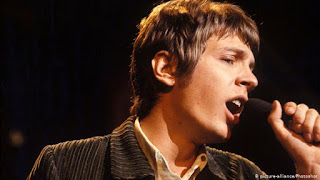 Scott Walker, one of the most enigmatic and influential figures in rock history, has died at the age of 76.

The US star found fame as a teen idol in The Walker Brothers, scoring hits with The Sun Ain't Gonna Shine Anymore and Make It Easy On Yourself.

But his dark baritone hinted at something deeper - and his darker, experimental solo albums tackled the complexities of love, sex and death.

Walker's death was confirmed by his current record label, 4AD.

In a statement, they called the singer "one of the most revered innovators at the sharp end of creative music".