Shocking! How Pastor Iginla & Wife Both Have Children Out Of Wedlock 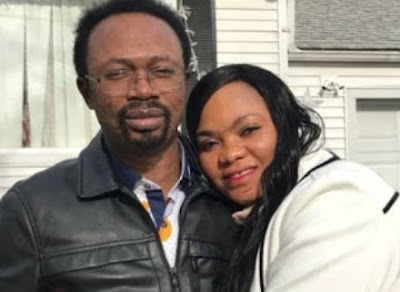 Popular Abuja-based pastor, Joshua Iginla, has admitted that he and his wife, Yemisi, both had children out of wedlock.

Iginla, who is the Senior Pastor of Champions Royal Assembly, who spoke to his congregation during a Sunday service, said when his wife brought an illegitimate child into their home, he forgave her, but that she refused to forgive him when he had his own child with another woman.

The cleric, in a video that has since gone viral, stated that though he had tried for seven years to “stable the vehicle,” it had resulted in a battle with his family members and disciples. Watch him confess his infidelity right  after the cut.