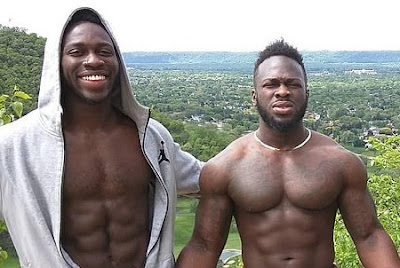 Empire star Jussie Smollett's lawyer is trying to shift attention back to two brothers who told police they were paid by the actor to help stage a racist attack on him.

After all 16 charges were dropped against Smollett, his lawyer Patricia Brown Holmes said investigators should look into the role of Abimbola 'Abel' Osundairo and Olabinjo 'Ola' Osundairo, who are of Nigerian descent.

Authorities still believe Smollett concocted the attack in which he said two masked men beat him in Chicago on January 29.


He also claimed they said: 'This is Maga country' – an apparent reference to US president Donald Trump's campaign slogan, 'Make America Great Again'.

Smollett, who is black and gay, also said the men doused him with a chemical and put a noose around his neck. Smollett also told a detective that at least one of the attackers was white, according to Chicago police.