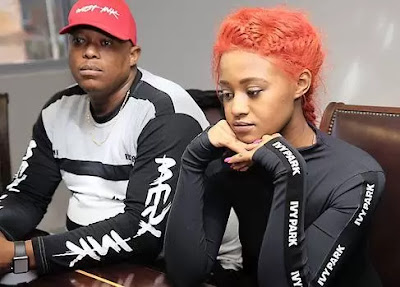 Babes Wodumo is fearful for her life after a video shows her being beaten - allegedly by her partner, Mampintsha. The 'Wololo' singer can be heard crying in the video after being HIT several times.

Babes had been recording an Instagram live video with her fans at the time of the incident. The video has since gone viral and is trending on Twitter.

It's not the first time Mampintsha has been accused of assaulting the 'Queen of Gqom'.

Babes was confronted about rumours that Mampintsha was allegedly violent towards her during a live radio interview in May 2018.  Mampintsha denied the abuse claims.

Arts and Culture Minister Nathi Mthethwa has urged Babes to press charges against Mampintsha soon as the video went viral this morning.

"We're absolutely horrified by the actions of Musician Mapmpintsha @MampintshaNuz caught on video where he brutally abuses internationally celebrated Artist @BABESWODUMO. We do not only condemn this senseless act but call on @BABESWODUMO to immediately press charges against him," the minister tweeted.

Several other celebrities have voiced out their support for Babes.

"Mampintsha needs to be stopped. I hope they make an example out of him so every man knows that hitting a woman is unacceptable and will not be tolerated. My heart breaks for Babes," DJ Zinhle tweeted.