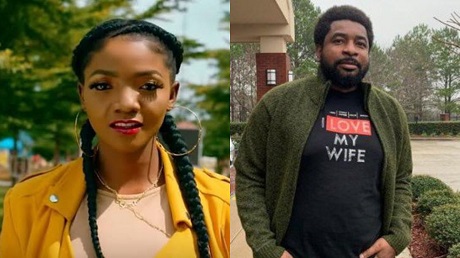 Simi  has called out the General Overseer of the David Christian Center, Pastor Kingsley over his claim that there are so many single people because men are s-xually satisfied. According to Kingsley, once a man is s-xually satisfied with a lady, he moves on to another, and it;s the reason many women are single today. In the viral video, the Pastor says, if women decide to starve men of s-x, many of them will get married NOW.

The Pastor in his sermon said ''women need to understand that men are not emotionally developed as they are, women know what they want from childhood. The average teenage girl has dreams of how her wedding will be.


Men as teenager is just playing ball, he has no dreams of settling down. He wants sex, men want sex not relationship. God put so much sexual passion in men, expecting that women will obey him by doing access denied, so that if he wants so much sex he should marry. So, he will give you what you want, you will give him what he wants. That was how God planned it, but many women have been sabotaging themselves. So you have been giving it out to people that didn't put a ring on it. This is why we have so many single people because a lot of guys are sexually satisfied. Men enjoy sex with more people, than with one person. So, you are messing up and sabotaging yourself by giving out free sex. If you do national lock up, these men will marry. "

Simi's words to him; 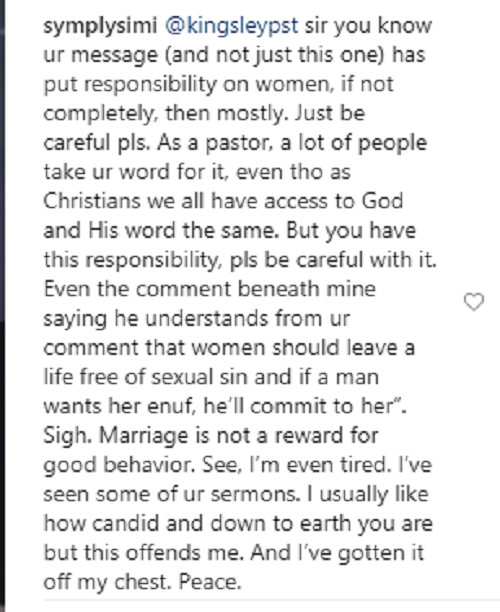