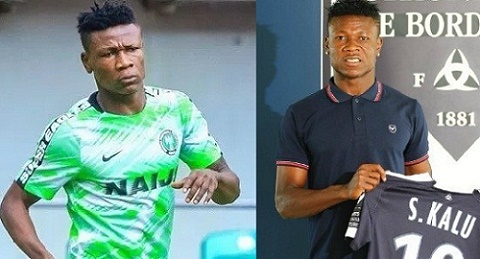 Gunmen suspected to be kidnappers have abducted the mother of Super Eagles’ midfielder, Samuel Kalu and taken her to an unknown destination!

According to reports from Aba, Mrs. Kalu was driving with some of her children along the Okpulu Umuobo area of the city last week when the unidentified gunmen blocked her vehicle, ordered the children out of the car and took her away.

A source close to the family said the kidnappers initially demanded a N50 million ransom, but later upped the prize, as they believe they would get more from the Girondins Bordeaux star.

The family has been negotiating with the kidnappers since the abduction.
at March 04, 2019