Story Of 12 Year Old Girl Who Was Addicted To Cocaine, Got Pregnant At 13 & How She Helped Police Arrest Her Abuser 7 Years Later 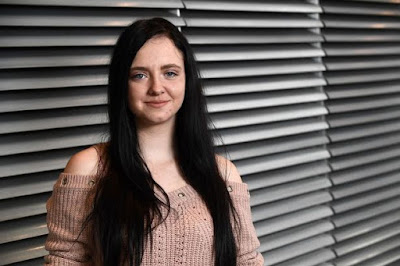 At 12 years old Lowri Hawkins used to drink vodka every day, was addicted to cocaine and took M-kat and cannabis.

Her routine for seven months - at the height of her addiction - was to get up, take two lines of cocaine, have a shower and take two more.

By 13, she'd fallen pregnant to a man more than twice her age who knew her age, but started a sexual relationship with her.

But now Lowri, 19, has been nominated for a national award for the work she has done to help others, Wales Online reports.


Her weight had plummeted to five stone, her organs weren't developing as they should, and she had an abortion.

The drugs were paid for by a friend's unwitting parents and it was while trying to get alcohol that she met the man later jailed for more than 10 years for abusing her and another girl.

She'd met Robert Davies, now 37, outside a shop where she, and her older friend, were loitering, asking people to buy them alcohol.

Just 12, he agreed to buy their drinks but told them he'd only do it if Lowri swapped phone numbers with him.

"It progressed from there, texting asking to meet up.

"There was someone paying interest and things at home things were difficult with my Dad. But I was getting attention from someone else."

Lowri, who has waived her right to anonymity, said she met up with Davies over the coming weeks.

On one occasion, she remember being in his "Boy Racer" car with her brother and friend, and Davies touched her for the first time.

"I was sat there and he put his hand on my leg and I thought 'hang on a sec' and then just like whatever, I didn't think anything of it.

"Then he kept moving his hand up my leg and touched my bum."

The others in the car couldn't see.

"I felt like I was betraying my friend more than it was wrong. I felt I was going behind her back, but as it went on, she stopped hanging round with us, and he started saying he wanted us to sleep together and I thought 'I don't think I'm ready for that kind of relationship'."

At that point Lowri didn't have many constants in her life. Now through the other side, she's been given her care notes which show just how many foster or care homes she was in. She can name about 10 of them, all around Wales, but admits there are some she can't remember going to.

But her friend was trying to warn her about Davies. On her 13th birthday, she gave her a card specifically with the age written on it, so Davies could see.

"I wasn't listening. I was in a bad place and he was giving me what I wanted, making out like he cared about me.

"He said he loved me and I didn't care what anyone else said, in my own little bubble, I was happy".

She was home visiting her Dad on Christmas Day 2014 when she sneaked out to meet him and that was the first time they slept together.

"It felt like it was meant to be, and it was right".

Afterwards he didn't speak to her much and she was upset.

"I thought 'you could at least drop me one text'."

They argued and he said he would move to where she was living.

"I kind of understood what was happening but I was severely underweight - five stone - my body was still craving drugs."

When social services were moving her from Caerphilly, police were sent to collect her. Lowri ran and hid and rang Davies.

"The first thing he said was 'don't say my name'."

It was the first time she'd realised something was wrong and she shouldn't be with him.

People were asking her who the father of her baby was, and she was staying silent.

"I'm thankful for it now but at the time I wasn't, I had everyone around me telling that because of my health I couldn't have the baby."

The procedure itself was hugely emotional, partly because she didn't want to tell her real family she'd been pregnant but also the physical effects on her underdeveloped body.

She was still in touch with Davies but only on and off.

Sometimes things were good, other days he didn't speak to her.

About a month after the abortion she called off their relationship, and he pleaded for them to get back together.

"That night I was sat watching TV and there was this documentary on and it was a girl who'd been abused by this guy.

"I kind of understood that it was wrong but the other half of me didn't, he was making me feel better about myself.

"He's doing a wrong thing but replacing the bad.

"I was watching that and realised that's what they do, make you think they're doing something good in exchange for the bad.

"I sat there for like 10 minutes and that's when I turned round to my foster Dad and said 'the baby I aborted was a 30-year-old man's'. I literally said it like that because I didn't know how else to say it."

Lowri, 19, had already got to know a  Gwent Police  officer who'd been assigned to her through an anti-drugs programme and they had a great relationship.

She called the officer and explained what had happened. Lowri later learned that the police had suspicions she was involved with him. He'd been given two or three warnings, Lowri and friends had also been told to stay away from him.

Her relationship with the officer is what Lowri credits as being the thing that saved her.

"She's amazing. If it wasn't for her, I wouldn't have got through it."

Lowri went to court to see Davies being sentenced on June 19, 2015. He had pleaded guilty to engaging in sexual activity with children and was sentenced to 10 years and eight months.

There had been various false alarms and adjournments, but on the day he was sentenced she was joined by both her foster and birth family in the court room.

"The day finally came and I didn't think it would happen.

"By now I knew I'd been too young and he shouldn't have done what he had been. I wanted him to pay.

"I was angry more than anything," Lowri says.

It's why now, 19-year-old Lowri is working with Gwent Police to help train new officers about how to deal with girls in the position she was. 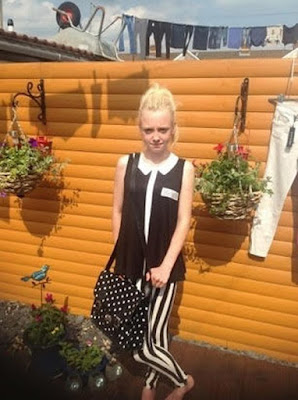