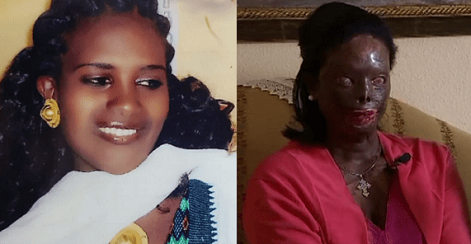 Doctors, teachers, and complete strangers from across the Bay Area, California, USA, are rallying behind Atsade Nigese of Ethiopia, who survived a brutal act of domestic violence when she says her husband poured acid all over her face and body.

Speaking through her friend who served as an interpreter, Nigese says her husband, who was a federal police officer in Ethiopia, regularly beat her and broke her teeth.

But one night, a year ago, after she told him she wanted a divorce, she said he threw acid on her.

Nigese is now blind with scarred skin. Her body is disfigured and even her own son initially rejected her, saying he knew her by her voice but could not identify anything else about her.


Nigese’s husband still lives in Ethiopia and could not be reached for comment.

Nigese’s story was shared on social media. Back in the Bay Area, Menbere Aklilu of Richmond said she wanted to help.

Two years ago, she helped another Ethiopian woman, who had also been burned by acid, something she said her ex-fiance had thrown on her.

Because of that experience Akilu, who also survived an abusive relationship,  knew how to get Nigese a visa. And she flew to Ethiopia to retrieve Nigese and invited her to live with her and get some medical help. Akilu said she’d love it if Nigese could one day see again.

“I want her to get her vision, that’s my dream,” Aklilu said.

For nearly seven months, Nigese has been living with Aklilu. The two women, both from Ethiopia, share  another special bond, one they don’t wish on anyone else.  Both have survived domestic abuse.

“I see myself through her,” Akilu said. “I’m lucky I run from him. So today I have the ability to help others.”

In her short time living in the Bay Area, Nigese is slowly learning to become independent once again.
She’s learned to get around using a cane. Three hours a day, five days a week, Nigese learns Braille and English, with volunteers at her side. On top of that, doctors from the University of California at San Francisco are donating their time and talents to reconstruct her ears, eyelids nose and mouth.

“The entire community stands up for her and I’m blessed for that,” Aklilu said. 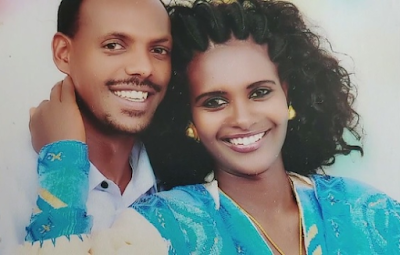 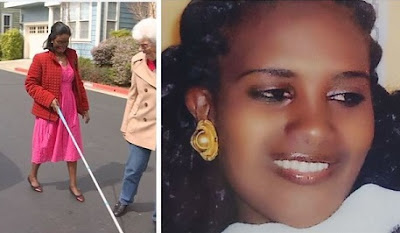