The Many R*Pe Cases Of Minors In Kenya 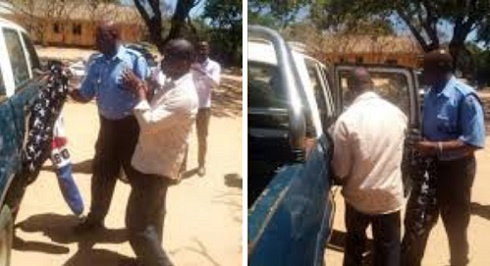 A clinical officer in Makueni county has been charged with defiling a class 8 girl.

The medical officer is said to have committed the act after the minor sought medical attention at his clinic after she was allegedly defiled in a separate incident.

Last year, a pastor was arrested for defiling and impregnating a 16-year-old girl in the same region.

The girl’s mother, who hails from Ukia in Kaiti Constituency, said the minor told her she had gone to clean the church with her friends when the pastor reportedly took advantage of her.


The Standard Eight pupil claimed the pastor dragged her to his house, within the church compound, and defiled her.

“I want justice for my daughter. The pastor should not be allowed to get away with this crime,” the woman said.

The girl’s mother, a widow also revealed that Church leaders in the area had attempted to influence her to drop the case.

“We met at the police station where the church officials took me aside and asked me to withdraw the case,” she said.

Other regions in the country have also recorded a high number of defilement cases.

Last week, a 13-year-old girl was reportedly defiled by 10 men during week-long detention in one of their houses in Bomet.