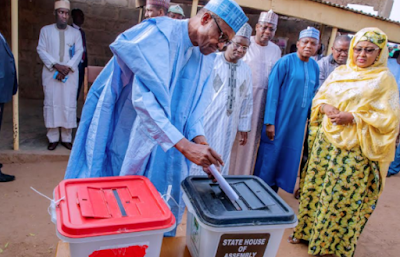 It is more trouble for President Muhammadu Buhari, as three more presidential candidates have separately approached the Presidential Election Petition Tribunal sitting in Abuja, asking it to void the outcome of the February 23 presidential election.

In their various petitions, the three presidential candidates, urged the tribunal to invoke its powers and quash the declaration of President Buhari as the bonafide winner of the 2019 presidential election.

The petitioners separately alleged that the election was characterized by manifest irregularities, adding that the Electoral Act was not substantially complied with by the Independent National Electoral Commission, INEC.


Those asking the tribunal to sack President Buhari and order a fresh election, are the Presidential candidate of the Hope Democratic Party, HDP, Chief Ambrose Owuru, whose petition marked as CA/ PEPC/001/2019, also cited the All Progressives Congress, APC and the INEC as Respondents.