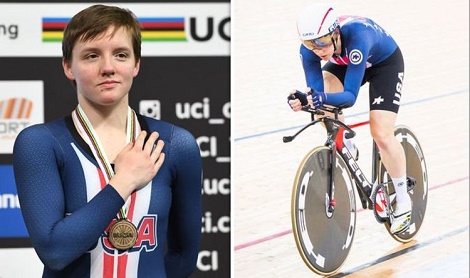 Three-time world track cycling champion Kelly Catlin has died aged 23 - with her brother confirming she took her own life.

USA Cycling said the Olympic medalist, who won silver at the Rio Games, has passed away and paid tribute to her in a statement.

Catlin claimed glory in the team pursuit at three successive world championships on the track between 2016 and 2018.

She also won individual pursuit bronze at the 2017 and 2018 championships.


Catlin's brother Colin confirmed his sister had taken her own life.

Catlin won all three of her world titles alongside Chloe Dygert Owen and Jennifer Valente.

"We will all miss her dearly. Kelly was more than an athlete to us and she will always be part of the USA Cycling family.

"Our thoughts and prayers are with the Catlin family. This is an incredibly difficult time and we want to respect their privacy.
at March 11, 2019