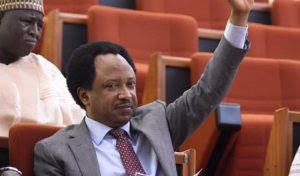 We thought he already conceded defeat! Senator Shehu Sani, representing Kaduna Central at the upper chamber of the National Assembly has been granted access to inspect elections ‎ materials ‎used during the February 23 National Assembly elections in his constituency.

The order followed an ex parte motion filed by the applicants: Shehu Sani and the Peoples Redemption Party, PRP.

Senator Shehu Sani of the PRP is challenging the victory of Uba Sani, who won Kaduna Central Senatorial district on the platform of All Progressives Congress APC.