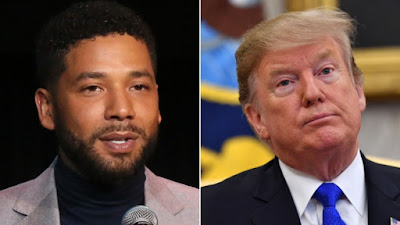 President Donald Trump again leaned into a controversial issue that has ignited his base -- the case of "Empire" actor Jussie Smollett -- when he announced Thursday that the Department of Justice would review Smollett's case after conservatives decried a prosecutor's decision Tuesday to unexpectedly drop all charges against the actor, who was accused of staging a hate crime against himself in Chicago.

"FBI & DOJ to review the outrageous Jussie Smollett case in Chicago," Trump wrote on Twitter Thursday morning. "It is an embarrassment to our Nation!"