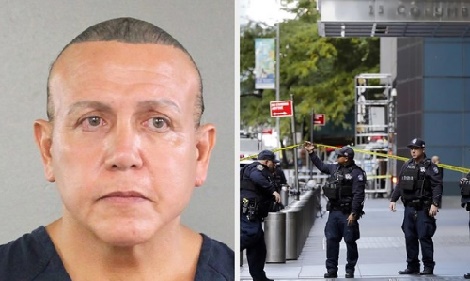 Cesar Sayoc, 57, who was arrested in Florida in October, pleaded guilty to 65 counts and could face life imprisonment at his sentencing in September.

Appearing in court in a blue prison jumpsuit, and with his hair pulled into a gray ponytail, he apologized for his actions during an appearance in a US District Court in New York.


Reading a statement prepared with his lawyers, he admitted he fashioned the homemade devices from materials including plastic piping, a digital alarm clock with electric wiring attached, fireworks and glass fragments.

"I know these actions were wrong and I am sorry," he told the court, in a barely audible, choked voice.

The slew of charges relates to 16 package bombs Sayoc sent from a Florida post office to leading Democrats as well as the Manhattan offices of CNN.

None of the packages exploded and most did not come anywhere near their intended recipients.