Two-Thirds Of Men Choose Partners Like Their Mothers, Study Reveals 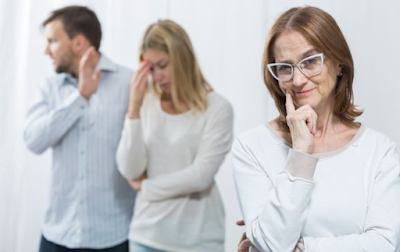 Almost two-thirds of men are in a relationship with someone remarkably similar to their mother, a new study has revealed.

The study, by dating site eHarmony, found that 64 per cent of men go for women with the same personality traits as their mums.

To reach this conclusion, the researchers developed a personality test, which psychologically evaluated men, their partners and their mothers.

The results revealed that tolerance levels - respecting and valuing other people’s opinions - was the trait most shared between mums and their sons’ partners.


This was closely followed by the importance placed on monogamy, and willingness to feel empathy towards others.

Rachael Lloyd, a relationship expert at eharmony, said: “It’s well known that we tend to migrate towards people who share similar traits with us and, to varying degrees, we seek to recreate aspects of our original relationships with our parents.

“With mums as our primary caregivers in life, it’s no surprise men are attracted to women who possess similar values.”

In contrast, the least shared traits between mums and their sons’ partners were alienation, religious values and emotional stability.

Ms Lloyd added: “This study indicates that much of who we are – and who we choose to love – stems from our earliest life experiences.”