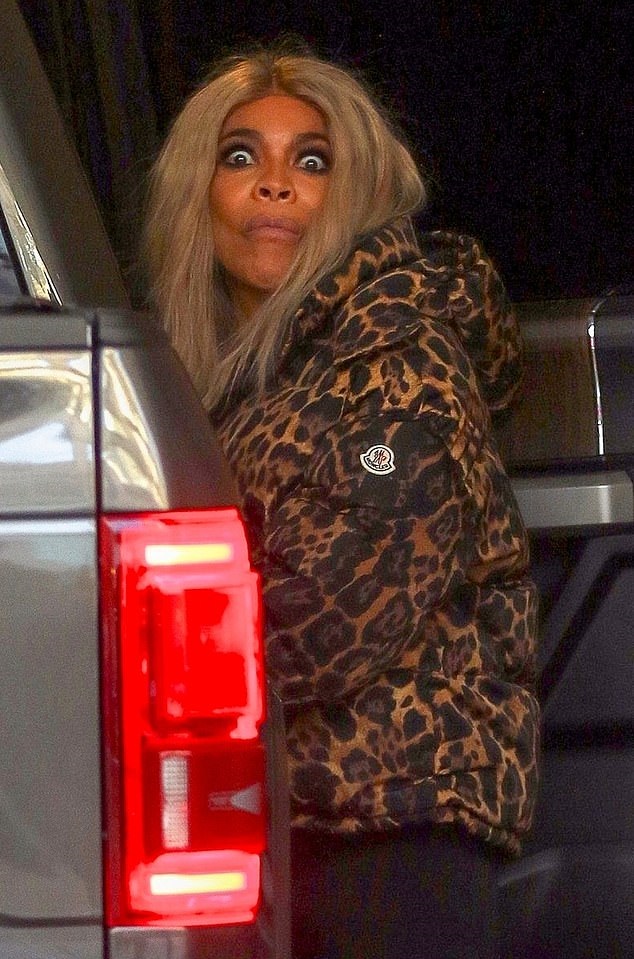 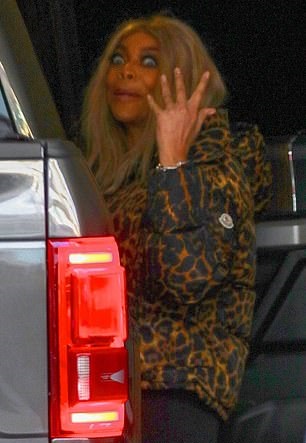 Wendy Williams was taken to the hospital after she was found drunk, her relapse sparked by the birth of husband Kevin Hunter’s love child with his younger mistress.

The 54-year-old checked herself out of her sober living home in Long Island City, Queens on Monday afternoon and started drinking - eventually being found by her team who took her to the hospital to sober up.

It's understood the star's sober coach, who had been with her 24 hours a day, raised the alarm.

A source said; 'She was in a bad way and disappeared from the studio after her show Monday. She went back to the sober house only to check herself out and decided to start drinking.

'It's not clear where she went but she headed in the direction of her home in Jersey and managed to find alcohol along the way.

'Word got back to the studio and there was panic and concern, everyone was looking for her, no one knew whether there would be a show today.

'She was eventually found and was drunk, she was immediately taken to the hospital.'
at March 26, 2019