Woman Charged For Killing Daughter, Then Attempted Murder On Self & Son 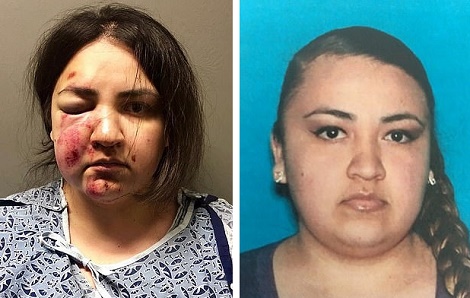 A 24-year-old mother has been charged with and attempted murder charges after allegedly killing her seven-month-old daughter by fracturing her skull and throwing her one-year-old son off a balcony then jumping off of it herself.

Tierra Ortega, 24, was arrested in Upland, California, after jumping from the balcony when officers arrived at her apartment complex on Tuesday.

Neighbors called police because they heard a child screaming relentlessly. When police arrived, Ortega tossed her one-year-old son from the balcony then jumped.


They both survived. The toddler suffered a broken foot and she sustained facial injuries but when police went inside her home, they found her baby daughter who was not breathing.

The girl was taken to the hospital but was later pronounced dead.

Ortega, who is a stay-at-home mother, was booked into jail after being cleared by doctors.

Police have not yet established a motive for why she would want to harm her children or herself and the baby's father, Robert, is stunned.

Her husband arrived home on Tuesday to be told that his daughter was dead, his son was in the hospital and it was his wife's fault.

He spoke to police but 'has no idea what led to this,' officers said.

He said Robert Ortega, the woman's husband, was being 'extremely cooperative' and is devastated by the incident.

'This was an absolute shock for him. It was beyond his wildest dreams,' he said.

He could not give any details about how the woman had been behaving since she was taken into custody and said she was 'following the process'.

She has no prior record that would indicate that she was capable of hurting the children either.

'Even if she did have a record, what kind of charges aside from murder would indicate that it would lead someone to this?' he said. 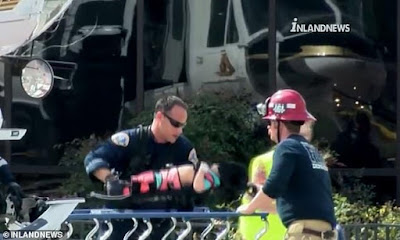 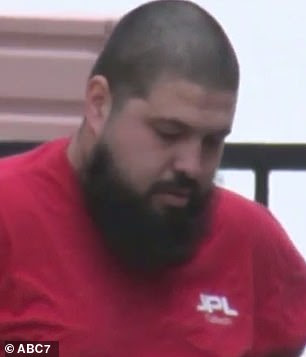 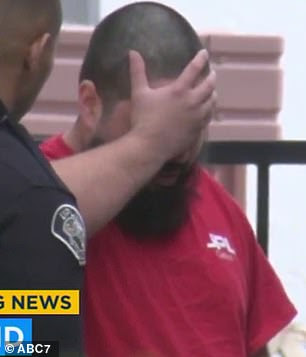