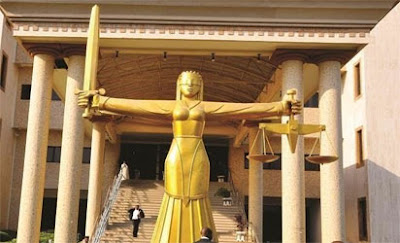 A beggar, Binta Umar, yesterday, dragged a fellow beggar, Hajara Kano, to a Sharia Court ll sitting at Magajin Gari, Kaduna over alleged assault and stealing. Umar said she was in court because Kano stole her charity money given to her by a passer-by.

She alleged that when she confronted Kano about the matter, she hit her and threw her into the gutter. The complainant prayed the court to grant her justice and punish Kano for what she did.

The defendant however was not in court to answer to the charges. The Judge, Musa Sa’ad- Goma, said the defendant had disobeyed the court by not appearing which contravened Section 300 of Penal Code. The judge ordered the immediate arrest of the defendant and adjourned the case until March 19 for further hearing.